As many of you know, I'm a big fan of old media, especially audio cassette tapes. This will be the realization of an idea I've had for a while, which is to make a musical instrument using tape. A rotating cylinder containing strips of tape with different tones on them will be played by tape heads attached to my fingers. Check out my NIME proposal on Prezi and this nifty hand-drawn pic of the concept. 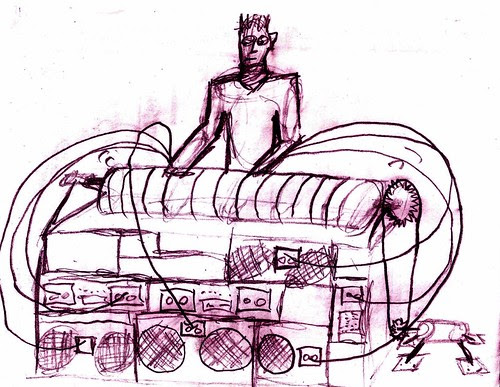 Eight Games of Tetris at the Same Time

OctoTetrimino by PushTheOtherButton
A generative piece consisting of eight 2:00 games of Battle Tetris that are perfectly synched. The general strategy of the player dictates the rising and falling action of the piece.
Posted by Colombo at 2:39 PM No comments: 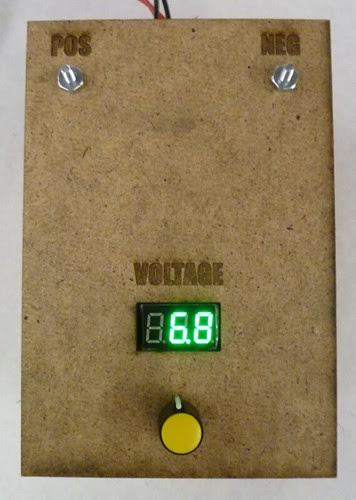 I completed this project for Eric Rosenthal's Basic Analog Circuits class. It was an exercise in point-to-point soldering, but after completion I decided to build an enclosure for it with a voltmeter I bought from Adafruit Industries.

You can also see a complete post and tutorial on my blog post at MAKE: Magazine
Posted by Colombo at 12:56 PM No comments: 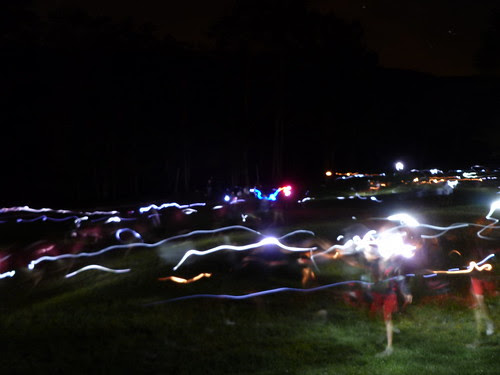 This is a variant of flashlight tag that I originally developed with Eszter Ozsvald for the Big Games class at ITP. It stemmed from the frustration of trying to play flashlight tag as a kid. There was no way to reliably verify that someone had been tagged. This changes that. 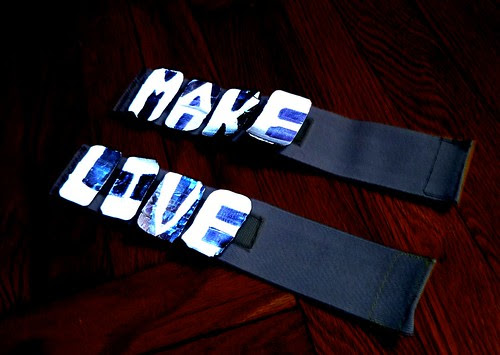 We used iron-on retroreflective material to create velcro letters that stick to the players' arm bands. Each player picks out letters to spell a word and put it on his/her arm and then run off into the darkness before the game starts. Once the game starts, the object is to shine your flashlight on your opponent's word. If you can spot it and yell out their word, then they're out! 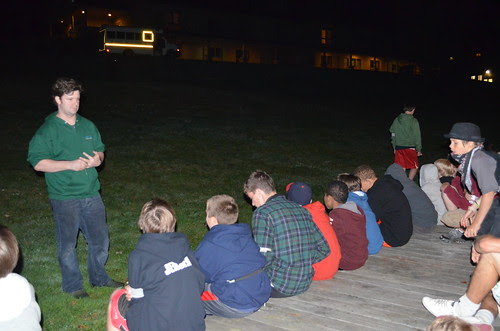 I play-tested the game this past August with around 20 campers at Frost Valley YMCA in the Catskills. Not only did they enjoy playing it, but we even collectively came up with some interesting and successful game variants. I'm planning on presenting the game to the Northeast YMCA Directors' Conference in January (also being held at Frost Valley).
Posted by Colombo at 12:42 PM No comments:

In my zeal to hydrate, I pulled a bit too hard on the school's water cooler spigot, and broke the durn thing off. But within minutes, I had it working again, though with quite the kludged together solution. They should have it fixed by wednesday. Until then, I left instructions on how to use this new contraption. 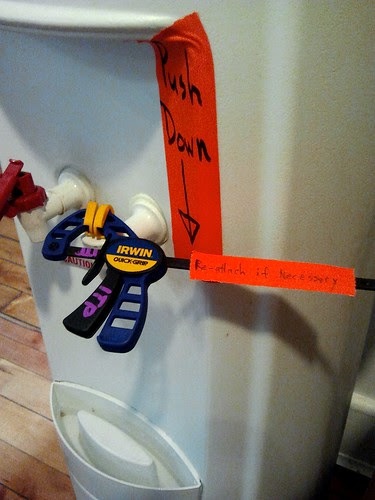 Posted by Colombo at 8:37 PM No comments: